11 Films To Watch With Your Siblings

There are certain things that you will only understand if you grew up with siblings. How your favourite food is never safe from their grabby hands. How your entire house often closely resembles a wrestling ring or, on bad days, the Cornucopia in 'The Hunger Games'. How they can make you want to scream one minute only for you to remember why you love them so unconditionally the next.

Pixar's latest contribution to the world of animation and family-friendly adventure, 'Onward', hits UK cinemas on the 6th March. At its core, the film is about two brothers, Ian and Barley Lightfoot, and their desire to connect with their deceased father. Chris Pratt, who loans his voice to Barley Lightfoot in the film, says that the friends and family that he took to see the film were moved to tears, though he stresses how the sibling storyline seemed to particularly affect those in the audience who could relate to the bone-deep bond between the Lightfoot boys. "Really anybody with a pulse is going to be moved by this film, but especially people who have brothers and/or siblings, anybody who has lost someone close to them", said the actor.

With this release in mind, we decided to create a list of the top 10 films to watch with your siblings. Whether you use them to reminisce about your shared childhoods or end up squabbling over the remote like you're teenagers again, these films will get to the heart of the complexities of the shared blood ties between people that have seen each other at their best and their worst and have loved them anyway. 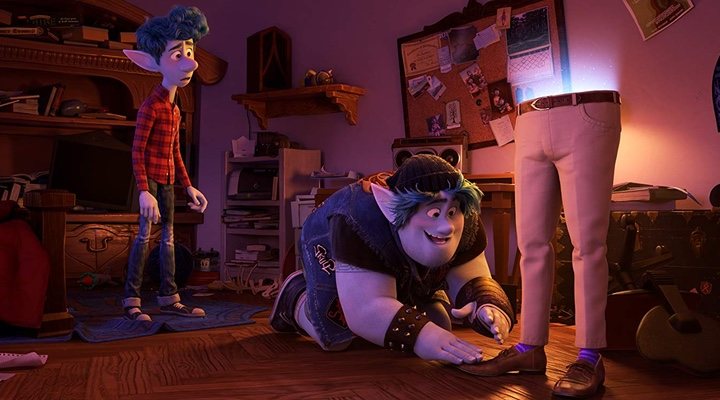 We couldn't make this list without drawing attention to the film that inspired it. Writer and director Dan Scanlon penned the screenplay out of a desire to create a story that paid tribute to his own father whilst also honouring his relationship with his brother, making family and brotherhood the emotional nucleus of the film. Whilst 'Onward', a story about two elf brothers who try to cast a spell to resurrect their late father for 24 hours, is infused with colour and mythical creatures, it has a very real underlying message about fraternity and follows Ian and Barley as the two grow closer and bond over their shared fears and vulnerabilities. You'll probably want to call your own siblings and, according to early reviews, your own father's legs after watching this one. 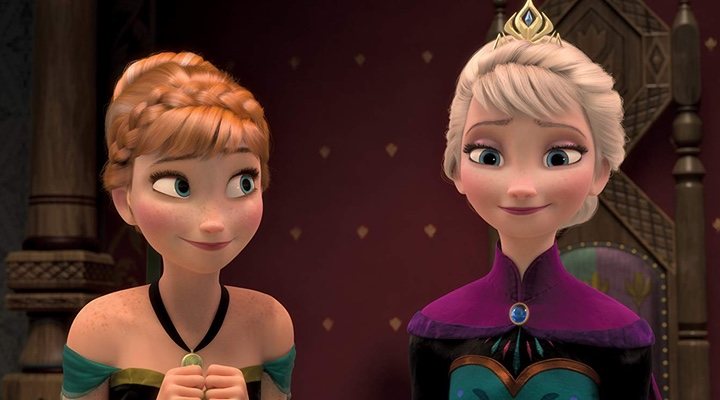 "Only the act of true love will thaw a frozen heart". With this one line, 'Frozen' transformed the narrative tendency in Disney to assume that the deepest, truest form of love was romantic, a subconscious message that has been in effect since Snow White first warbled 'Someday My Prince Will Come' in the 1937 film. 'Frozen' completely subverts these expectations not only by having Anna's original love interest morph into a villain (seven years later and we're still not over it, Hans) but also by portraying the most profound form of love in the film to be that shared by two sisters. Anna's relentless love for her sister despite Elsa's self-isolation and Elsa's protectiveness of her sister combine to form a sisterly dynamic that, beyond all of the ice magic and talking snowmen, feels authentic. 'Frozen' is not the first film to tap into the importance of sibling relationships, with 'Lilo & Stitch' also deserving a shoutout for its portrayal of the world-weary Nani attempting to raise her adventurous little sister, but it is the first to have that sisterhood act as the main plot and to assert that the platonic and familial relationships between women have as much value as heterosexual romantic relationships. 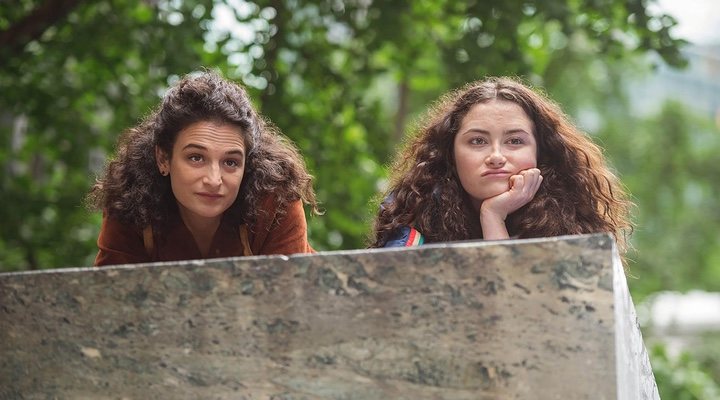 Set in 1995, 'Landline' follows two sisters who discover that their father is having an affair and set out to find the woman he is seeing behind their mother's back. Dana (Jenny Slate) and Ali (Abby Quinn) are not close at the start of the film. Dana is a twenty-something who secretly has cold feet about her engagement to the kindly Ben whilst Ali is a wild child taking advantage of her senior year to experiment with sex, drugs and rock 'n' roll. Their age gap and different lifestyles mean that the two young women have never had the opportunity to bond until the family unit they have always known is threatened by the knowledge of their father's affair. 'Landline' is an indie gem that explores how siblings can drift apart and then come back together under the most trying of circumstances. 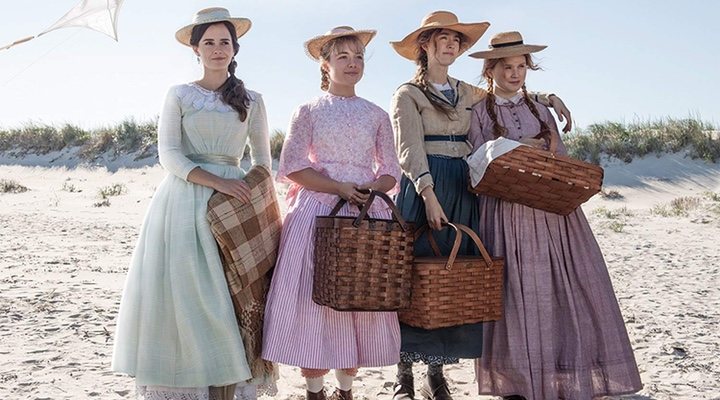 Meg, Jo, Beth and Amy. Who didn't secretly dream of being a March sibling growing up or after watching Greta Gerwig's visually stunning adaptation of the classic novel by Louisa May Alcott? Despite the nineteenth-century setting and sentimental tone, 'Little Women' doesn't balk at exploring the more trying parts of sisterhood, too. From their brushes with financial difficulty to the seemingly unbridgeable gap between sisters after Amy burns Jo's beloved manuscript, 'Little Women' does not shy away from acknowledging the depth of frustration and jealousy that can exist between siblings, especially in a world in which women are raised to compete with one another. Yet it also explores, as Saoirse Ronan's Jo whispers to Amy at the film's conclusion, how "life is too short to be angry at one's sisters". 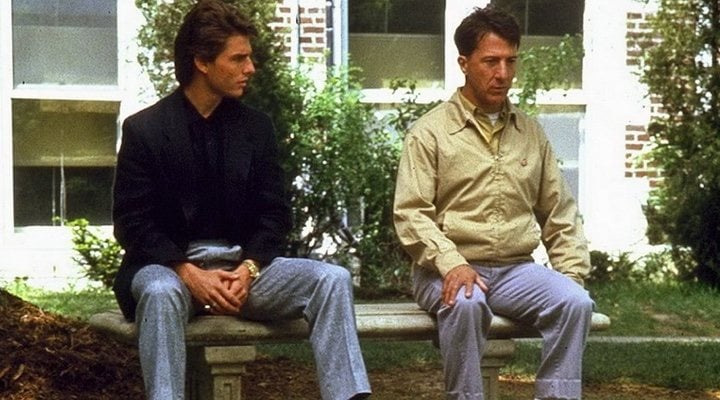 'Rain Man' follows the financially driven car dealer Charlie Babbitt (Tom Cruise) who finds out that his father's $3 million fortune has been left to an assisted living home. After some quick detective work, Charlie discovers that he actually has an older autistic brother, Raymond (Dustin Hoffman), living there. Determined to take Raymond with him back to California, Charlie and Raymond cram themselves into a 1949 Buick and get ready to cross the country together. Charlie is used to flying solo, so the discovery that he has a brother with additional needs is a huge adjustment for him as well as for Raymond, who is unused to changing his routine. Hoffman won the Oscar for Best Actor for his role as Raymond, though really it's the begrudging love between the two brothers and their slow acceptance of the other exactly as they are that makes the film a winner. 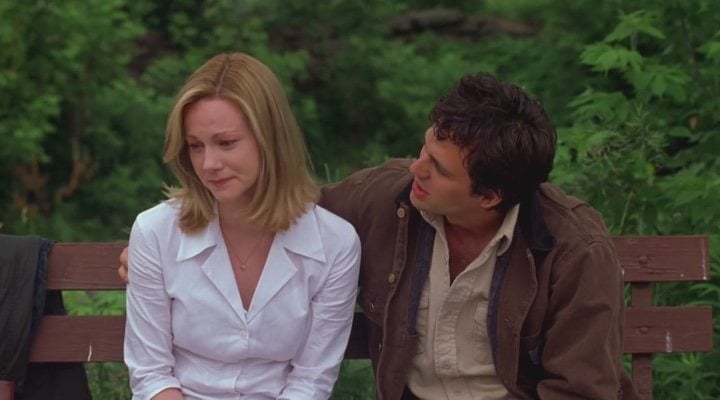 'You Can Count on Me' stars Laura Linney and Mark Ruffalo as Sammy and Terry Prescott, siblings who practically raised each other after their parents died in a car accident. Years later, Sammy is a single mother attempting to create a stable life for her son whilst Terry travels the country and flirts with the wrong side of the law. When Terry comes to visit his sister and nephew for money, what was intended to be a short visit and loan request extends into a longer stay as the two aim to reconcile their conflicting lifestyles into a functional sibling relationship as adults. It's a beautiful story about a brother and a sister that love each other but who are struggling to align their lives in a way that is healthy for them and both Ruffalo and Linney give quietly profound performances in their respective roles. 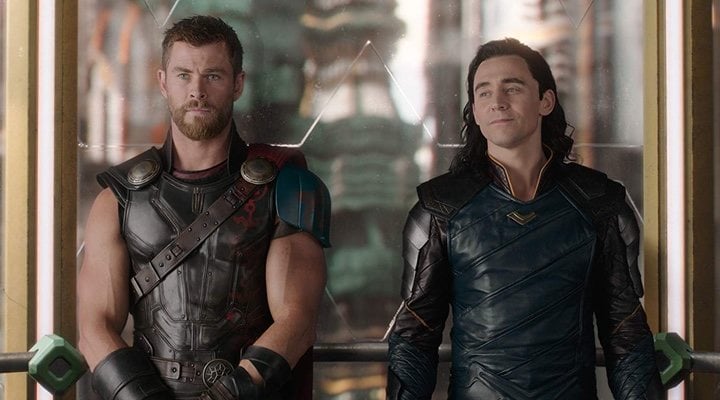 Thor, god of thunder, and Loki, god of mischief and mayhem, are the poster children for love-hate sibling relationships and in no Marvel film is that more clear than in 'Thor: Ragnarok'. Although the stakes of their relationship are somewhat higher than the sibling ties that we likely know (I doubt any reader out there has transformed into a snake to frighten their deity brother as Loki allegedly did to Thor when they were eight years old), the reluctant affection and rivalry between them is strangely relatable. Many siblings out there probably have their own version of "call help" or have played slightly mean pranks on their brothers (though hopefully with fewer serpents involved). They're a problematic pair, but they're brothers. 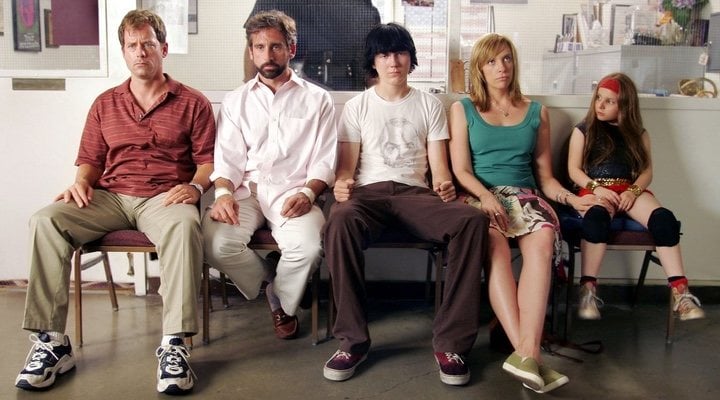 A plethora of complex familial ties knot together to form the core of 'Little Miss Sunshine', amongst which are two sibling relationships: Sheryl, a hard-working mother of two, and Frank, a gay scholar living with his sister after attempting to commit suicide, and Sheryl's children, Dwayne and Olive. The Hoovers, from the permanently existential Dwayne to the adorably quirky Olive, are an undoubtedly dysfunctional bunch and watching them trundle across the country in a VW minibus calls to mind several similar trips taken over the years that invariably broke down into bickering and whines of "are we there yet?". Beyond all that, however, is a genuine affection for one another and a level of mutual understanding that nobody outside of their strange little clan can rival. 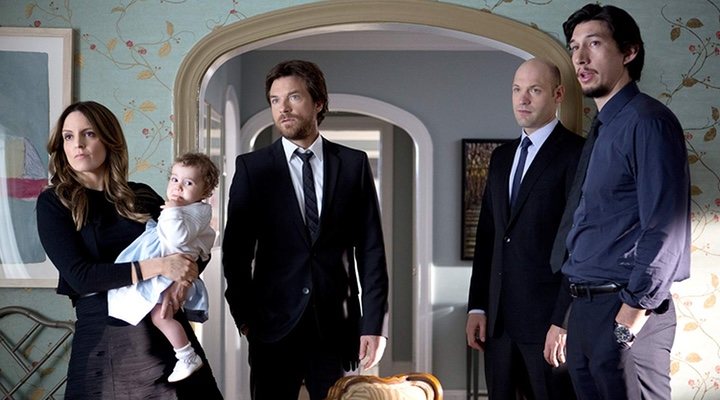 'This Is Where I Leave You' is a comedy drama film that follows the four Altman siblings - Judd (Jason Bateman), Wendy (Tina Fey), Paul (Corey Stoll) and Phillip (Adam Driver) - who gather at their family home after the death of their father. Their father's final wish was that the four siblings mourn him together in the Jewish customs, which means the Altmans must spend the forseeable future trying to navigate the tensions that still exist between them now that Paul is married to Judd's ex-girlfriend, Annie (Kathryn Hahn). A film about moving on from the past wrapped up in a black comedy package driven by accomplished comedic actors such as Bateman and Fey, 'This Is Where I Leave You' explores the difficulties and catharsis in forgiving people as tied to your life as your siblings. 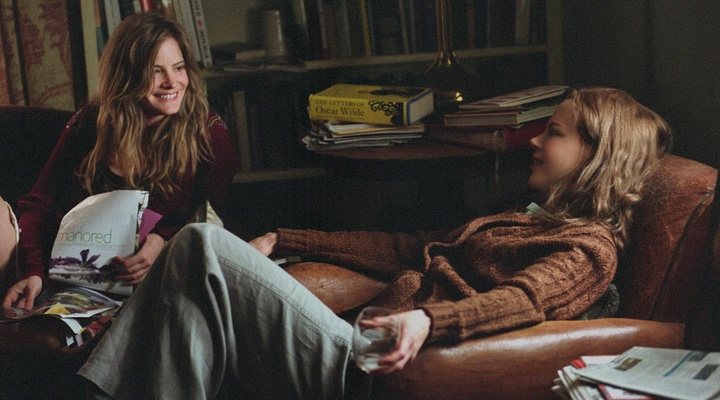 Directed by the master of quietly powerful family dramas Noah Baumbach, 'Margot at the Wedding' follows Pauline Zeller (Jennifer Jason Leigh), a divorcée and mother set to marry Malcolm (Jack Black), a perpetually unemployed artist. Pauline's sister Margot (Nicole Kidman) is an accomplished author who comes to New England with her teenage son for her sister's wedding and immediately disapproves of Pauline's husband of choice. Margot's blatant disdain for Malcolm triggers the old sibling tensions between the sisters as Pauline resents Margot using her life as plot points in her novels and Margot reverts back to the cold, unfeeling personality she exhibited as a teenager. Despite this, the two women reminisce about their shared experiences and find comfort in the presence of the other, perfectly depicting how quickly a relationship between sisters can veer between screaming matches to signs of unconditional love. 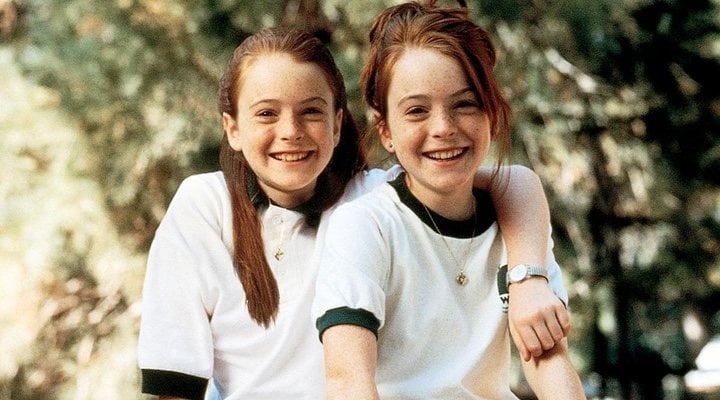 For all of her 'Mean Girls' fame, Lindsay Lohan will be remembered by many for her portrayal of the twin sisters Annie and Hallie in 'The Parent Trap'. Separated at birth, Annie is raised by her mother into a prim and proper young lady whereas Hallie becomes a confident California girl under the care of her father. When the two girls meet at summer camp, they agree to switch places in an attempt to reunite their estranged parents. The easy affection and practical jokes shared by the two sisters feels like an homage to those pre-teen years where your sibling could be your partner in crime, best friend or worst enemy depending on the day. Whilst the plot of the twin's parents reuniting because of two teenyboppers's machinations seems less realistic, the sweet camaraderie between the sisters makes 'The Parent Trap' the perfect film to watch with siblings.