From Baby Yoda to Cliff Booth: The 15 Best Characters of 2019

As we enter the final stretch of the year, beyond the inevitable and daunting reflection on the rapid passage of time, it's the perfect time to take stock, to highlight accomplishments, to lament mistakes, to celebrate victories, and to analyse both the roads we've travelled this year and the people that have accompanied us on the journey. That includes, of course, this rag-tag group of characters that, whether they appeared on the big or small screen, captured our imaginations in a spectacular way. 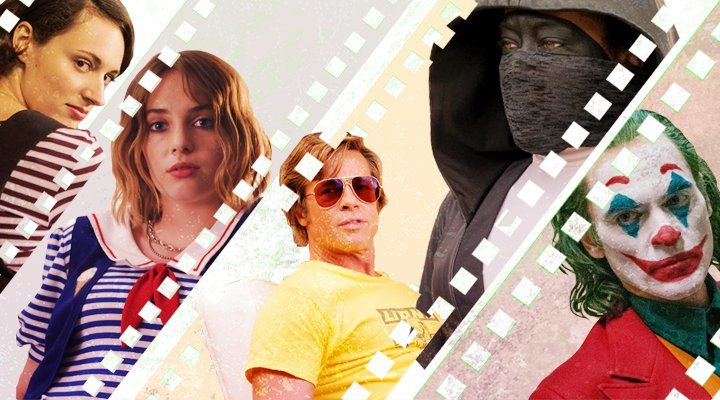 Throughout this list, which we have limited for time's sake but could have easily included a dozen more on-screen presences, you'll find deranged clowns, ambitious dragon queens, Mafia members with unsalvageable pasts, friends that have their lives changed forever by one wild night, superheroes that made us sob and even film directors that are hard-pressed to remain relevant as the past, present and future collide. It's a collection of characters that already form a part of the cultural memory and that we will continue to remember fondly long after those twelve chimes at midnight have faded.

Because, at the end of the day, that's what this is all about: continuing to feed our lives with films and series that, often, are full of hope, reinvention and consolidation, tears and laughters, pain and glory. The 15 following candidates for the year's best characters are figures that, for whatever reason, represent something powerful and important within popular culture that, in one way or another, will stay with us well in to the next decade of unforgettable art. 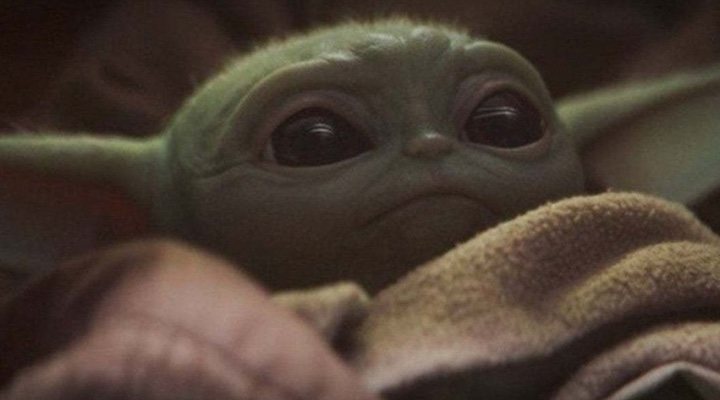 We didn't even have to wait for the official UK release of 'The Mandalorian' for one of its characters to secure its place as one of the most memorable characters of 2019 in record time. Of course, when we're talking about a character like Baby Yoda in a world defined by social media and instant gratification, it's no surprise that this tiny Jedi master wasted no time at all in making a splash.

'Star Wars' has always been a saga with a special knack for generating enough demand to create industrial quantities of merch, but this adorable little guy blew our expectations out of the water when he had people begging for Baby Yoda merch after a single appearance. Seriously, though, with those puppy-dog eyes it's impossible to not want to hug him tight and bring him along as a companion on all of your adventures. Although, your merry travels may well be fairly less interesting than those that take place in a galaxy far, far away. 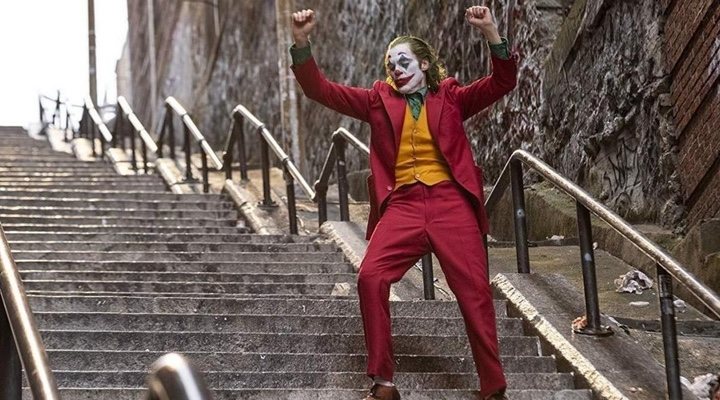 Before its release, 'Joker' had already managed to generate an abundance of comments both against the film's release and in favour of it, all with only a handful of images and a trailer available for viewing. However, after 'Joker' hit screens, Todd Phillips's film was much more unanimously celebrated than hated, largely due to one particular performance that is sure to stand the test of time.

Even many of the film's critics have grudgingly acknowledged that Joaquin Phoenix's historic performance is near-masterful. It's impossible to count the sheer number of unforgettable scenes in which we are gifted with an immense actor determined to give his all, his everything. It seemed impossible to reinvent the iconic role of the Joker, but Phoenix managed it. His Joker left the 2019 world of cinema reeling. 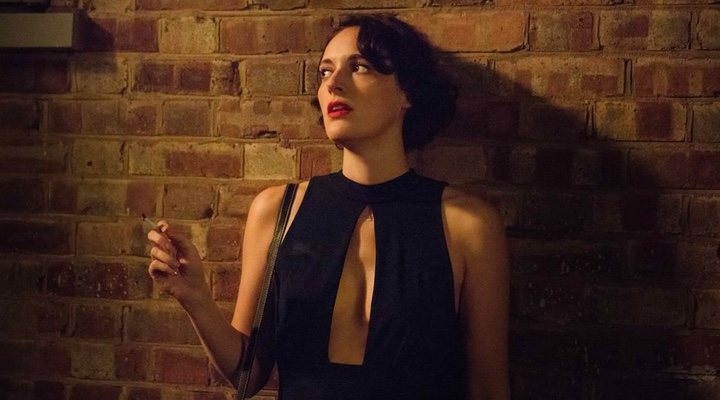 The six wins of the second series at the 71st Primetime Emmy Awards, including Outstanding Comedy Series and Outstanding Lead Actress in a Comedy Series, confirmed what was already the world's worst-kept secret: 'Fleabag' is one of the biggest masterpieces that television has witnessed in this past decade. Phoebe Waller-Bridge is the woman of the hour; a creator, actress and director that undoubtedly has an overwhelming exciting future in front of her. We'll follow her anywhere. 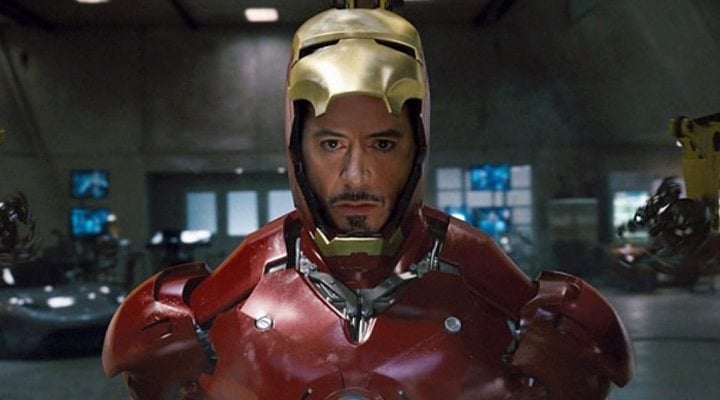 Although the discussions surrounding 'Avengers: Endgame' seem to have died down considerably over the past few months, we are amongst the many that still get a lump in our throats when we think of the fundamental role played by Iron Man in the sublime finale directed by the Russo brothers. A masterclass in entertainment that finishes with a wave of pure emotion in the final stretch in which Robert Downey Jr. leads some of the most heartbreaking, impactful and memorable scenes of the Marvel Cinematographic Universe. We'll bow down to you always, Stark. 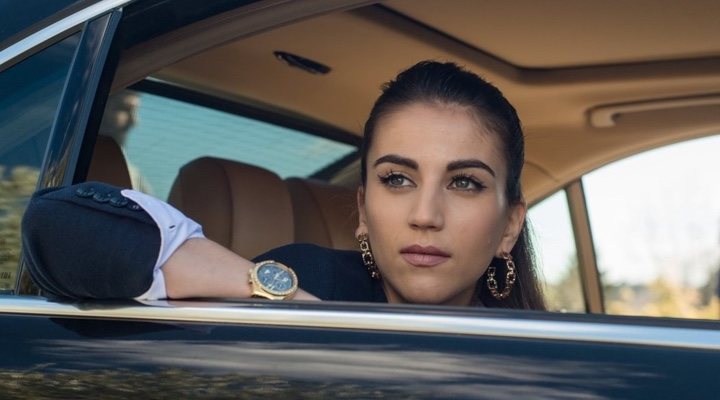 Taking a look beyond the prejudices, expectations and criticism, the second season of 'Elite' established the story created by Carlos Montero and Darío Madrona as a series of first-class entertainment - inevitably addictive, sexy, dizzying, surprising and always willing to pull out all the stops. It is an example of teen drama at its most effective that, in this new batch of episodes, saw some marvellous new secondary characters join the already charismatic crew. Amongst these newcomers, the standout turn comes from Claudia Salas's Rebeca (or Rebeka). Intimidating, funny, good-hearted, loyal and honest. She may be a new arrival at Las Encinas, but she's here to stay. 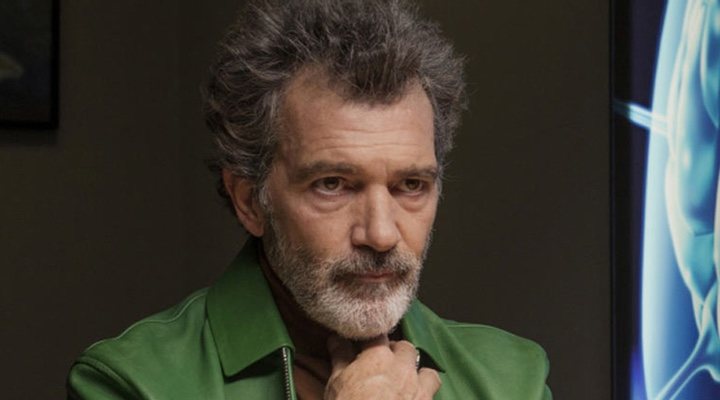 Amongst the many spectacular offerings from Spanish cinema in 2019 comes 'Pain and Glory', a film that shines with a unique and special charm. Unanimously praised by critics and the public, this latest masterpiece from director Pedro Almodóvar is one of the most impeccably made films of his impressive professional career. The film rests a lot of its weight on the shoulders of leading actor Antonio Banderas, who manages to move away from a portrayal of Salvador Mallo that too heavily mimics Almodóvar and instead infusing Mallo with personality and a humanity that has already made the character an iconic mainstay of Spanish film. 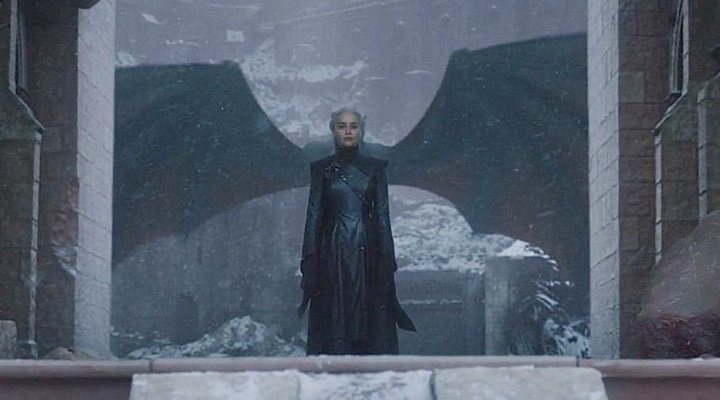 Fair enough, the last season of 'Game of Thrones' was a real disaster from most people's point of view. It is down to the huge number of analyses, critiques and commentaries provoked by the radical personality change of 'good guy' Daenerys Targaryen in the season's final episodes, however, that made her appearance on this list was inevitable. For this and for providing the eighth and final series with its best shot, as illustrated above the text. 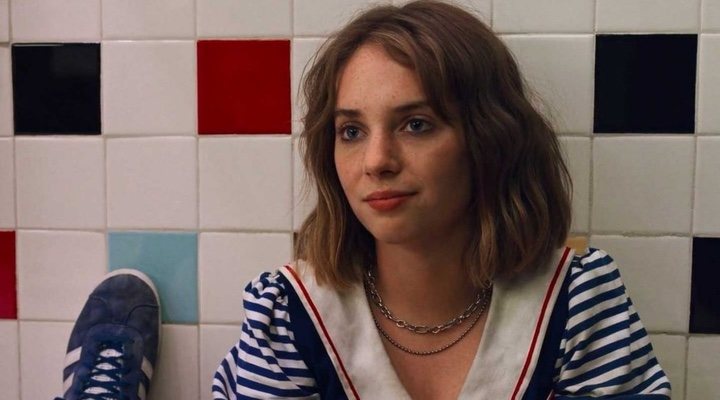 Amongst the notable improvement of 'Stranger Things' during its second and third seasons, we have to point out the wise move of incorporating characters of such high quality as Robin Buckley, one of the most authentic discoveries in the latest round of episodes. Robin is a real breath of fresh air in a series that urgently needed an actress like Maya Hawke to elevate its main cast, to bring back the excitement and surprise of the show, and to move viewers as they watch the rapidly fading naïvety that accompanies the journey into adulthood. Robin is, by far, the best addition - nay, the best character - of the third season. 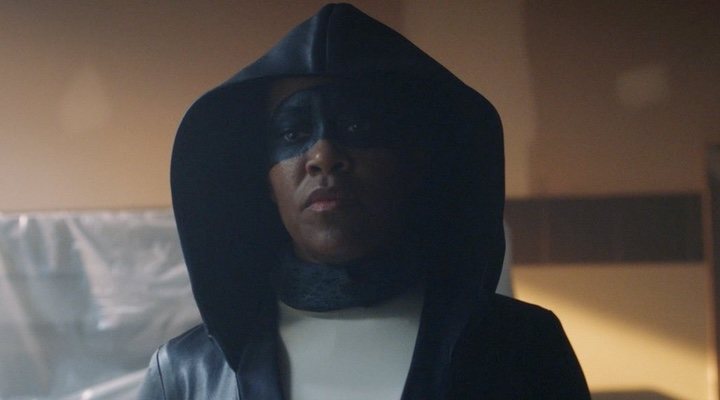 What a journey. Many of us made the unforgivable mistake of doubting Damon Lindelof's vision in the early days of 'Watchmen'. Indeed, the first few episodes of the show left viewers bewildered and questioning whether there truly was a way out of such a labyrinth. Well, dear viewer, there was. And it was perfect. A stellar example of television at its best that will surely be impossible to replicate and that gifts us with, amongst many things, the unforgettable character of Angela Abar, played by the endlessly talented Regina King. 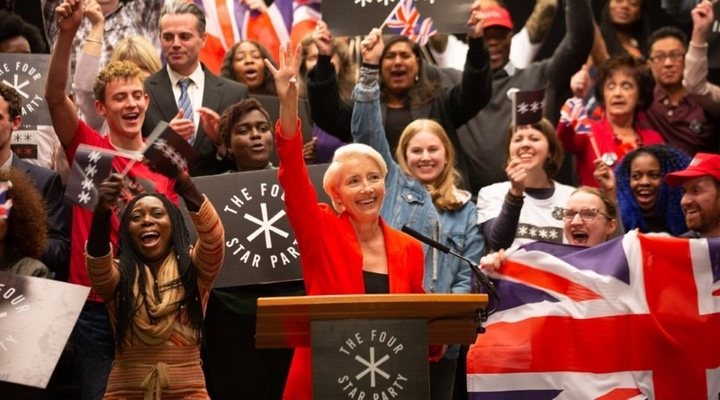 However you feel about 'Years and Years', it's clear that indifference is not it, largely because many of its characters seem to be pulled directly from the nightmares that haunt us in the current state of the world. In that sense, the genuine terror that Emma Thompson generates through the character of Vivienne Rook eclipses all other emotion. Every one of her scenes leaves the viewer shaking with a horror that is overwhelming as it is irrational - because it's the horror of here and now. 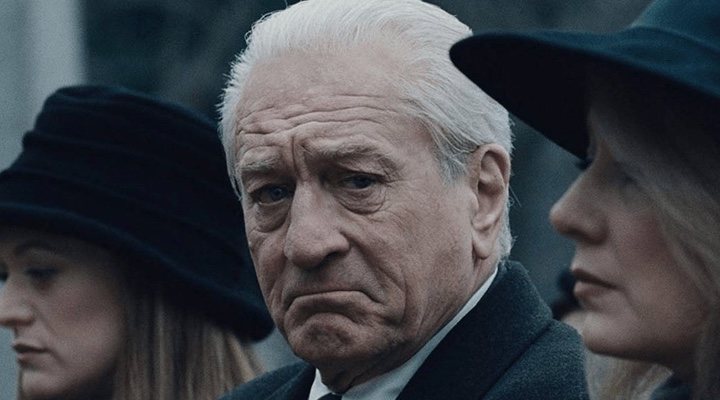 Once the tired controversies surrounding the release of 'The Irishman' had passed, Martin Scorsese's latest tour de force managed to maintain its reputation as the cinematic marvel that it always was. A contemporary classic full of masterfully directed characters, amongst which Frank Sheeran stands out in particular as one of those men from whom a single glance can convey an arsenal of pain, mistakes, convictions and fears. It is a complex role full of torment that, through the most outstanding performance by Robert De Niro in years, manages to make you cry even as your heart is in your mouth. 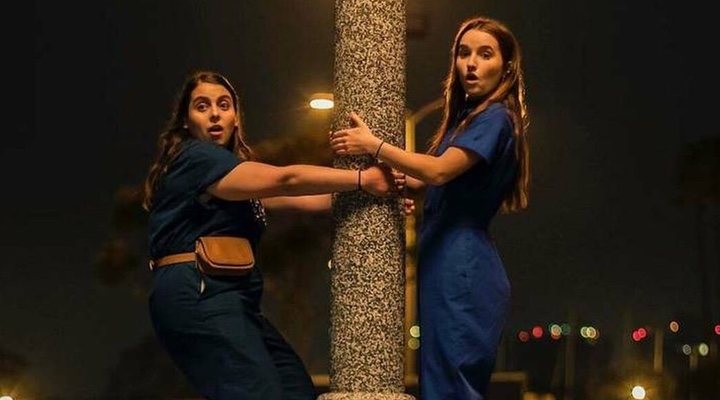 Just with the dance sequence that they both break into in their first encounter, Amy and Molly, portrayed by the marvellous Kaitlyn Dever and Beanie Feldstein, won us over and secured their place of honour in our hearts. Throughout the exceptional 'Booksmart', one of the best films released this year, these two memorable characters gift us with a plethora of scenes full of emotional weight, constant laughs and an enviable friendship. They are our on-screen BFFs, now and always. 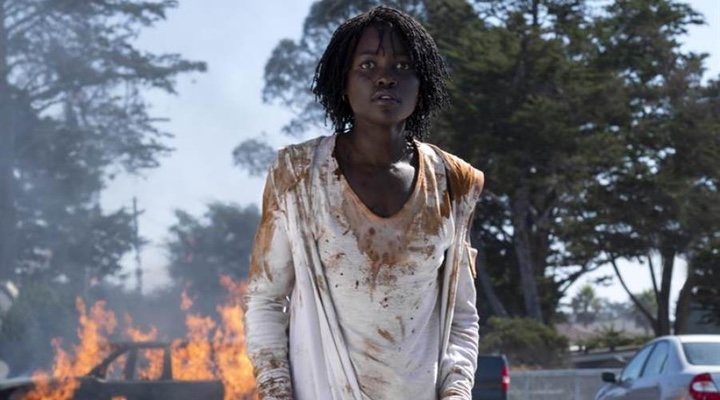 Loved and hated in equal measure, 'Us' has not only managed to survive the test of time since its release back in March; it has also powerfully resonated throughout this awards season thanks to the outstanding performance of Lupita Nyong'o. From the character's first moment on screen, the actress delivers an authentic performance as she inhabits the world of Adelaide Wilson, one of those characters that is full of (not always pleasant) surprises. It's a meaty role that Nyong'o uses to its full advantage to deliver an incredible performance. 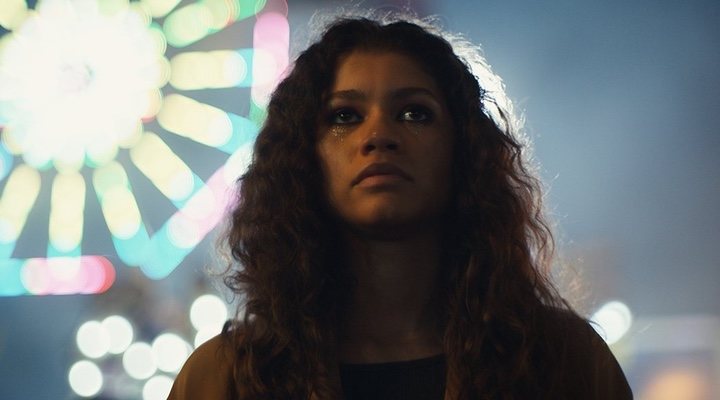 Now that the awards season seems to have inexplicably forgotten her, it is all the more important to highlight the wonderful Zendaya, who is responsible for delivering one of the most unquestionably brilliant performances of the year. Amongst the many virtues of the series 'Euphoria', the talent of the young actress stands out particularly clearly in that lost and fragile stare that Rue Bennett haunts us with from her very first scene. Zendaya's turn as Rue confirms the actress's star status. 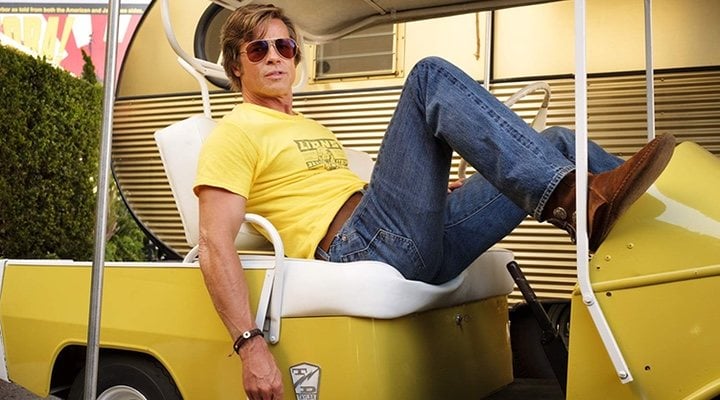 How exactly does one define charisma, personality, style, stage presence, star quality, magnetism, photogenicity and the ability to completely hypnotise the viewer through the screen? Two words: Cliff Booth. Two more words: Brad Pitt. This is the performance that could win Pitt the highly deserved Oscar for Best Supporting Actor in what is one of the stand-out films of the year, 'Once Upon a Time... in Hollywood'. Irresistible.