10 Films to Watch in Cinemas with the Kids this Christmas

The Christmas season is synonymous with many things. Christmas carols, gingerbread houses, hot chocolate, trying to find your father a gift that isn't another pair of socks and, of course, keeping the children entertained when schools shut their gates and bid parents good luck in the run-up to Saint Nick's arrival and the New Year.

Going to the cinema is one of the most effective ways to ward off boredom on frosty December and January mornings. For a few hours, you can curl up and watch your little ones be whisked away to another world whilst you enjoy the much-needed family time that the holiday season offers. With this in mind, we have compiled a list of ten films set to hit the big screen over the coming months that are perfect to keep you and your loved ones merry and bright this Christmas. 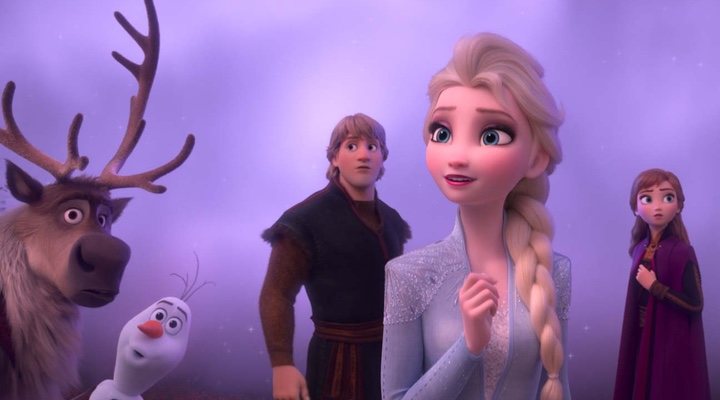 Even now, six years later, we still have 'Let It Go' stuck in our heads. The incredible success of the first instalment in 2013 had audiences hooked on the story of the two sister princesses of Arendelle, one whose seemingly uncontrollable ice powers caused her shut the world out, and the other whose desire for a life beyond the castle walls made her desperate to open the gates and let the world in. 'Frozen 2' returns to Elsa, Anna and the kingdom of Arendelle three years into Elsa's reign. When the safety of Arendelle is threatened by malevolent elemental forces, Anna and Elsa must visit an enchanted forest separated from their kingdom by a mystical fog to find the answers that will save their people.

By combining the whimsy and adventure of fairytales with the classic appeal of Disney, 'Frozen 2' is a film that the whole family are sure to enjoy (and, of course, to sing along to). 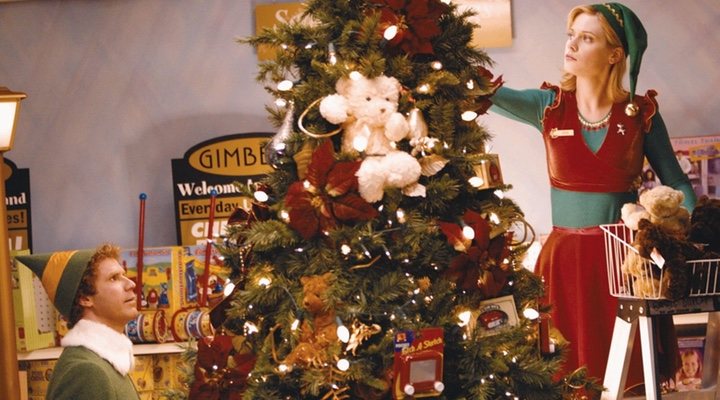 Release Date: The re-release begins on the 4th December 2019

When somebody says "Christmas classic", what do you picture? Perhaps 'It's a Wonderful Life' is the first film to pop into your head or, for the romantics of the world, 'Love Actually'. For many, Will Ferrell's 2003 'Elf' is required Christmas viewing every year and the mixture of heartfelt scenes and hilarious physical comedy rarely leaves viewers, whether young nor old, without a smile on their faces. 'Elf' tells the story of Buddy, a human man who found his way into Santa's sack one night as a baby and was taken back to the North Pole, where he was raised to believe that he was an elf. When Buddy discovers that he's actually human, however, and that his father is still alive and working in New York City, he ventures out into the world south of the North Pole to find him, despite having no idea how the world works outside of Santa's workshop. This charming Christmas hit certainly deserves its place back on the big screen this holiday season. 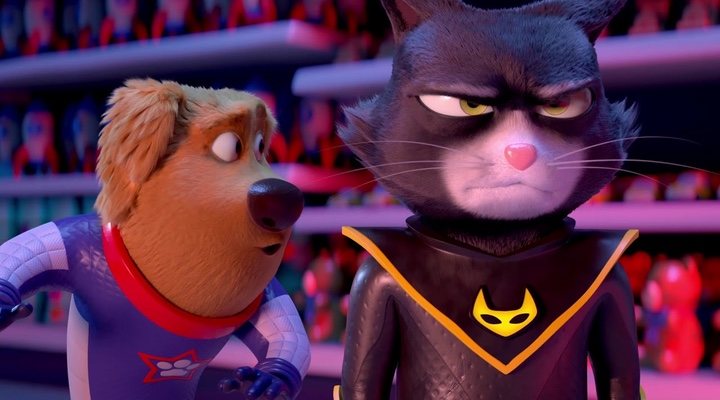 A vigilante super-cat named Felix (Luke Evans) must team up with dutiful dog Buddy (Nick Frost) as the two comb the city to find Buddy's long-lost owner. Along the way, the two animals discover the importance of friendship as they transform into the dynamic superhero duo, StarDog and TurboCat. Following the success of films such as 'The Secret Life of Pets', 'Sing' and 'Zootropolis', animated films with animals as main characters have proven themselves to be regular crowdpleasers. If your children are too young to enjoy the Marvel franchise as of yet, these small-time superheroes are the perfect fit for your family. 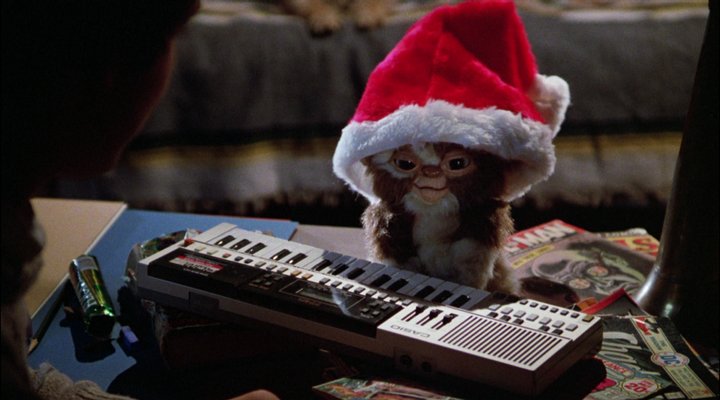 Release Date: The re-release begins on the 6th December 2019

Sometimes going to the cinema at Christmas isn't just about making memories for your children, it's about reliving your own childhood holiday traditions. Why not do both by treating the family to a trip to watch the UK-wide re-release of the 1984 classic 'Gremlins' this holiday season? Billy Peltzer is given a small, furry creature that he christens Gizmo for a pet and is instructed to remember three important, unbreakable rules regarding the pet's care: no bright light, no water, and no food after midnight. When Billy fails to comply with this rules, he quickly discovers that these adorable little creatures are not everything they seem. This much loved comedy-horror film is a wonderful way of revisiting a nostalgic favourite this Christmas that teens and older children are sure to love, too.

5 'Jumanji: The Next Level' 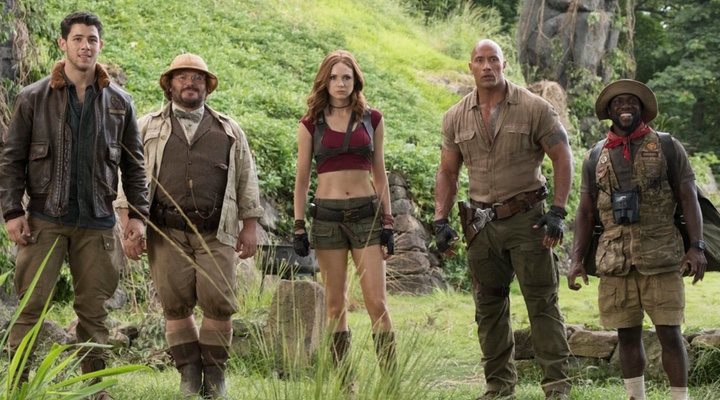 Another sequel for the list, 'Jumanji: Next Level' is the follow up to the 2017 global hit 'Jumanji: Welcome to the Jungle'. Once again, the ragtag group of high-schoolers formed by Spencer, Fridge, Bethany and Martha are sucked into the fantastical video game that they must use their wits to survive. This time, however, they're not alone - Spencer's grandfather, Eddie (Danny DeVito), and Eddie's friend Milo (Danny Glover) have accidentally been catapulted into a universe of adventure and avatars, too. The gang must band together along with Eddie and Milo to beat the game and escape Jumanji for once and for all.

'Jumanji: The Next Level' promises to be an action-packed adventure full of laughs with comedic actors such as Jack Black and Kevin Hart reprising their roles from the first instalment. 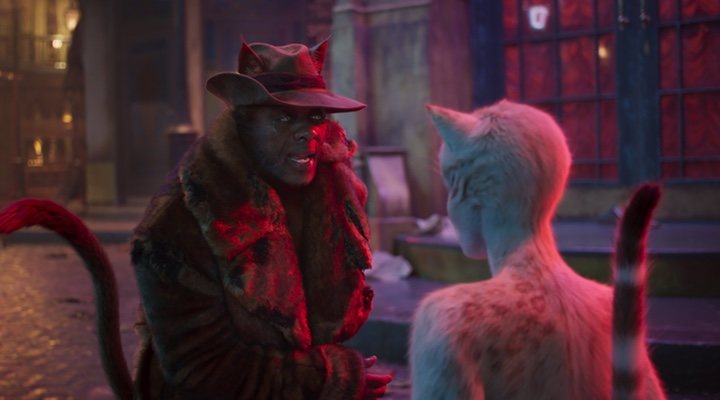 It was one of the most controversial trailers of the year, for sure, but if your kids won't stop talking about 'Hamilton', perhaps this cinematic adaptation of Andrew Lloyd Webber's iconic stage musical could be the perfect Christmas pick for you. 'Cats' follows the story of a tribe of cats called the Jellicles who choose one member of the tribe every year to be reborn. 'Cats' boasts an incredible cast with actors such as Idris Elba, Ian McKellen and Judi Dench and singers such as Taylor Swift and Jennifer Hudson donning the cat ears to belt out musical theatre classics such as 'Memory'. 'Cats' promises to be one of the visual spectacles of the year and is perfect for the musical theatre lovers in your life. 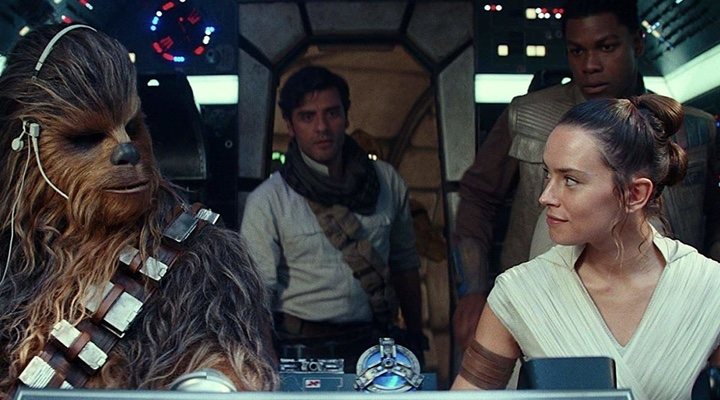 Adults, teens and children alike will be gathering in cinemas across the country to watch the epic Skywalker saga reach its finale this winter. Set a year after the events of 'The Last Jedi', the Resistance must gather together its remaining forces to face the First Order and it's Supreme Leader, Kylo Ren, once more. As the Resistance, which counts amongst its members Rey, Finn, Rose and Poe, struggles to overcome its own internal conflicts, the final battle of the Jedi and the Sith dawns as George Lucas's intergalatic vision comes to an end.

Parents who recall the earlier instalments will no doubt be as enraptured as children experiencing the galaxy far, far away for the first time when this finale hits our screens. 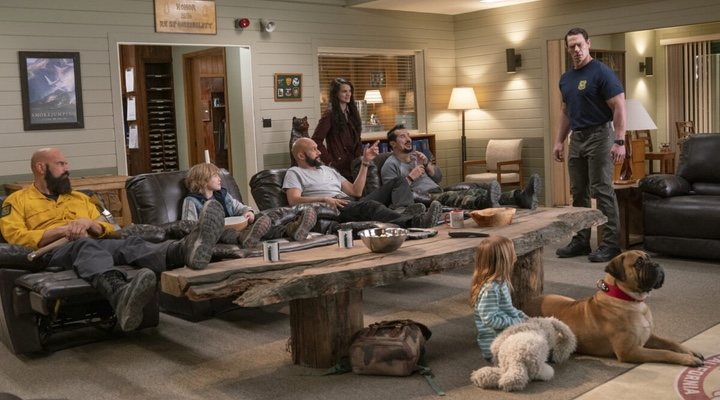 John Cena plays Jake Carson, a diligent and dedicated firefighter who works to keep Northern California safe from the forest fires that rage there. When a fire erupts at a cabin, Jake is shocked to find three children in the wreckage. When Jake can't contact their parents, he ends up bringing the children back to the fire depot to watch them until they can track down their guardian. What Jake doesn't expect, of course, is for these three youngsters to worm their way into his heart.

Former WWE wrestler John Cena has long been making a name for himself in comedic flicks such as 'Daddy's Home' and 'Ferdinand', so if the stresses of this long year have left you and your family in need of a laugh, then catching a showing of 'Playing with Fire' could be the ideal solution. 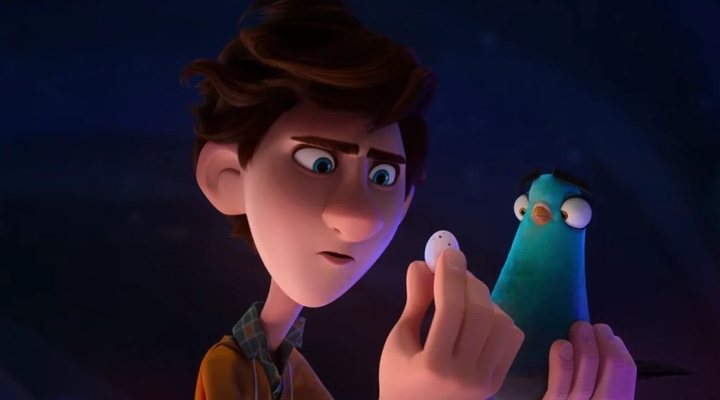 'Spies in Disguise' is the sort of animated adventure that will set children's imaginations on fire. Lance Sterling (voiced by none other than Will Smith) is a flashy and famous super spy who relies on the gadgets and technological knowledge of young scientist Walter Beckett (Tom Holland) to help him save the world from any dangers it presents. When Sterling accidentally ingests Beckett's latest experiment, however, the suave spy's life is turned upside down as he is transformed into a pigeon. Along with Beckett's help, Sterling must work out how to save the world from its latest supervillain whilst he's stuck in this bird-brained body.

With voices such as Ben Mendelsohn and Rashida Jones joining Holland and Smith, this animated journey through the world of super-spies and out-of-this-world technology is perfect for inventive little minds. 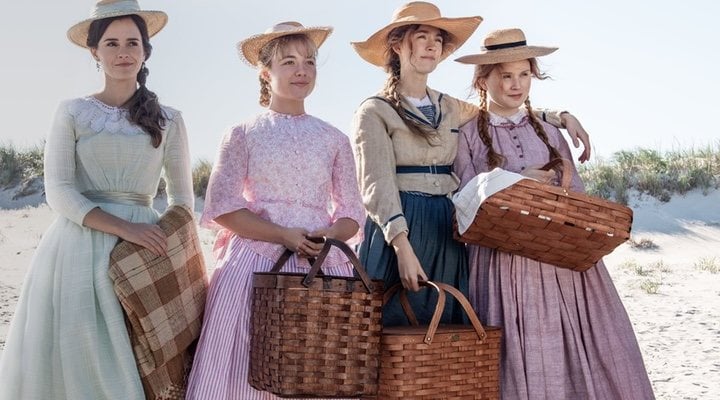 'Little Women' is the latest adaptation of Louisa May Alcott's classic novel as the four March sisters: poised Meg, adventurous Jo, ambitious Amy and sweet Beth, come of age following the American Civil War. The story of 19th century sisterhood is sure to please both budding historians and parents missing the days of 'Downton Abbey' Christmas specials. With family at its very core and performances from actresses of the calibre of Meryl Streep, Laura Dern and Saoirse Ronan, 'Little Women' will have the whole family in festive, generous spirits, indeed.