All the Trailers from the 2020 Super Bowl

For lovers of the NFL, particularly in the United States, the Super Bowl is a triumphant night for sports. For lovers of popcorn, however, it is a triumphant night for trailers. This year has managed once more to smash the record regarding the price for 30 seconds of advertising space: 5.6 million dollars. Attempting to advertising a film during a fast-paced match between the Kansas City Chiefs and the San Francisco 49ers may seem restrictive, but the Super Bowl is also one of the most watched televised events in the world, so productions companies have to take advantage of the opportunity. 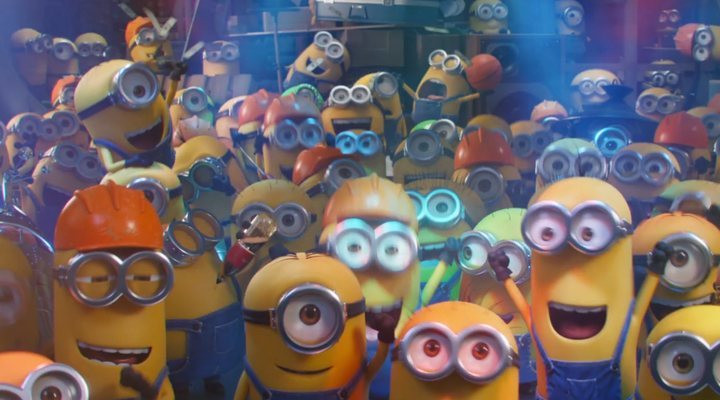 Three studios in particular have invested their time and money into the ad breaks of the match: Paramount, Disney and Universal. In accordance with previous rumours, Sony and Warner (with the exception of a 'Wonder Woman 1984' spot which wasn't exactly about the story itself, per se) passed on snapping up any advertising slots, as did streaming platforms such as Netflix and HBO. Of these, only Amazon Prime Video opted to air an advert during the game's emission.

Paramount had already released trailers for 'A Quiet Place 2' and 'Sonic the Hedgehog' (featuring many of the elite athletes themselves) before the match, though they used the Super Bowl as an opportunity to drop a trailer for 'Top Gun: Maverick'. Meanwhile, Universal played to the number of families sat watching the game to reveal the first snippet of the return of the Minions. They also aired new trailers for the upcoming films in the 'James Bond' and 'Fast & Furious' franchises. Disney went all out when it came to their highly coveted slots with the final 'Mulan' trailer, a new 'Black Widow' trailer boasting unedited footage and a brief glimpse at the various series from Marvel in production for Disney+. The sheer amount of content will leave any cinephile open-mouthed. Many were more surprised, however, to see that they didn't want to take advantage of the event to promote Fox films such as 'Free Guy' or 'The King's Man'. You can't win every match, we suppose.

Which of these trailers left you ready to run down to your local cinema and pre-order every ticket you could get your hands on? If you've yet to decide, here you have the full run-down of all of the trailers that did make an appearance during this year's Bowl. Oh, and by the way - the Chiefs won the game.

5'Minions: The Rise of Gru'

6'WandaVision', 'Loki' and 'The Falcon and the Winter Soldier'