2020 Oscars: The Top 10 Moments of the Musical and Radical Gala

And the Oscar goes to... 'Parasite'. This triumphant announcement of the winner of the Academy Award for Best Picture closed the curtains on a riveting awards season after three and a half hours of victories and losses that rival 'The Irishman' in their running time. Throughout the gala, we saw sure favourites such as Joaquin Phoenix and Laura Dern climb the stage to take home their respective golden statuettes as well as some happy surprises, such as 'Parasite' beating out former favourite '1917' in the grand prize of the night. Whilst the early hours of the morning of the 10th February may have been quiet in the UK, in the Dolby Theatre in Los Angeles, some of Hollywood's biggest stars were in for a night of surprises, emotion and triumph. 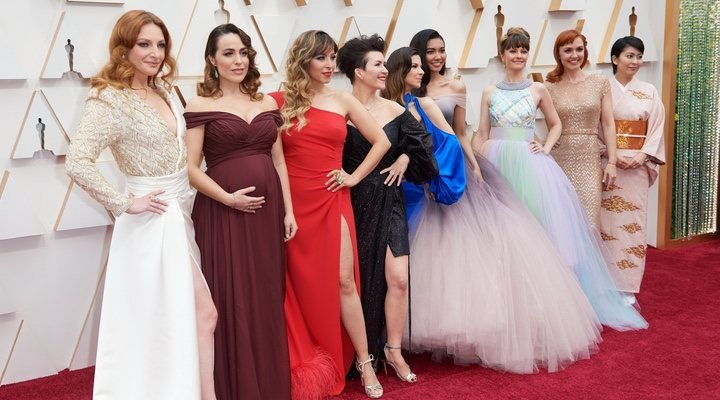 For the second year in a row, the Academy has attempted to compensate for the lack of a host with many (some might say too many) musical interludes and performances. Music had a strong presence in this year's gala both to pay tribute to the award-winners and actors who have since passed on and in an attempt to pick up the pace of the gala in the space between speeches. Furthermore, music played a role in speaking out about the presence, or lack thereof, of women as well as cultural diversity amongst the nominees, a cause to which the numerous victories of 'Parasite' also contributed.

However, the gala was filled with exciting happenings for any cinema fan even beyond the list of the night's winners, so we've put together this list of the most surprising, emotional and radical moments of the 2020 Academy Awards. 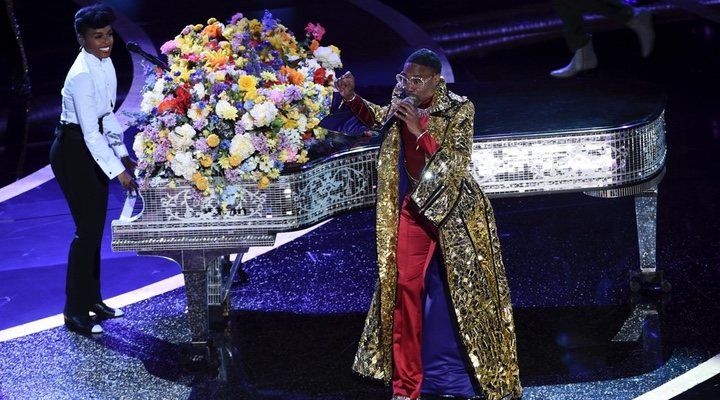 Stepping into the shoes of last year's opening act, Adam Lambert and Queen, Janelle MonĂˇe was in charge with kicking off the ceremony with an incredible musical number brimming with references to the various films nominated (did you spot the scenery from 'A Beautiful Day in the Neighborhood' or the costumes from 'Little Women' and '1917'?) as well as some of the overlooked hits of the year (such as the flower crown chosen to represent 'Midsommar'). After tearing up the stage, MonĂˇe took to the rows of seats to encourage various invitees, including Brie Larson and an awkward-looking Leonardo DiCaprio to join her in song, as well as bringing out a (literally and figuratively) glittering Billy Porter to join her in a rendition of a beloved Elton John number. MonĂˇe oozed with the charisma necessary to open the Oscars in style, combining her musical performance with cinephilic nostalgia and a timely call-out about the absence of women amongst the nominees.

2 Idina Menzel and the Elsas of the World 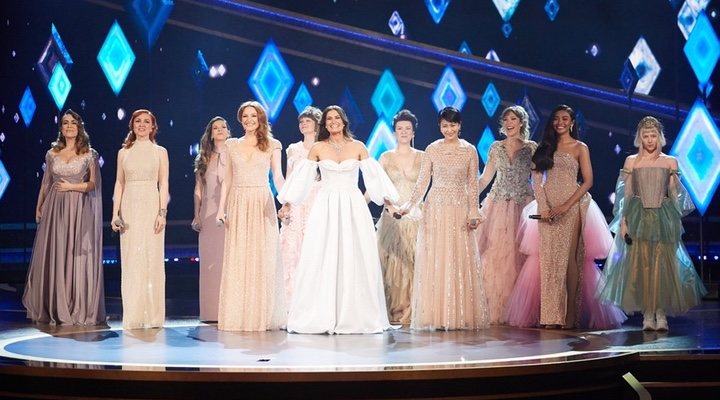 Although it missed out on winning the Oscar for the Best Original Song, 'Into the Unknown' earned its place at the 2020 Oscars through a magnificent set piece that was revealed a mere few days before the gala: Idina Menzel was going to take to the stage with nine of the other voice actresses behind the international iterations of Elsa in 'Frozen 2'. Alongside Menzel were performers such as Germany's Willemijn Verkaik, Spain's Gisela and Latin America's Carmen Garcia Saenz, all of whom were joined onstage by the Norwegian artist AURORA for the rousing chorus. The performance was an enchanting one thanks to both the incredible voices of the singers and the onstage references to the icy magic of the iconic franchise.

3 The Tribute to Cinema's Most Iconic Music Moments 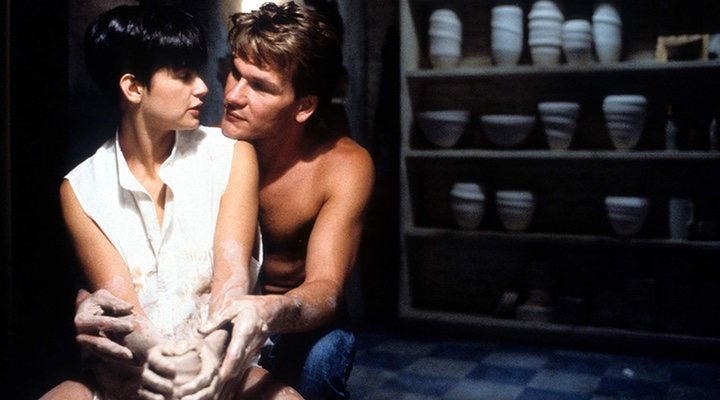 Moving on from the race for Best Original Song, musical spectacle continued to have its place in the gala thanks to the inclusion of a montage paying homage to the quintessential musical moments in cinema over the past fews decades. From 'Eye of the Tiger' to 'Purple Rain', the Academy used this mashup not only to celebrate the music itself, but also the near-sacred movie moments that it accompanies, such as Leonardo DiCaprio and Kate Winslet embracing at the bow of a boat whilst CĂ©line Dion plays in the background in 'Titanic' or the instantly recognisable pottery scene starring Demi Moore and Patrick Swayze in 'Ghost'. Watch the whole video at the bottom of this article.

4 Eminem Settles his Debts with the Academy 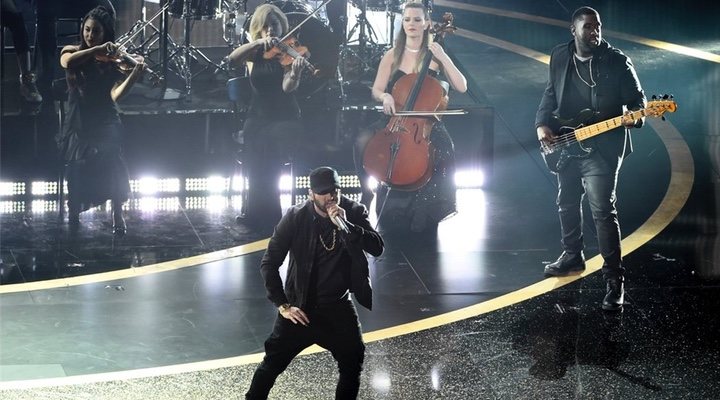 This particular moment comes second only to the victory of 'Parasite' in the list of the gala's biggest surprises. Just after the aforementioned movie musical montage, Eminem ascended to the stage to perform his Oscar-winning hit from the film '8 Mile'. When Eminem won the award back in 2003, the rapper elected to not attend the gala, so he settled his debts with the Academy last night through a spirited rendition of 'Lose Yourself' as the audience watched on, equal parts delighted and surprised given that there had been no rumour of the performance beforehand. Had the news gotten out, it was actually part of Eminem's contract that he could cancel the performance at the last minute. Luckily, however, rehearsals were kept firmly under wraps and Eminem's performance was met with a standing ovation throughout the Dolby Theatre, as well as some hilariously bewildered expressions on the faces of Idina Menzel and Martin Scorsese.

5 In Memoriam with Billie Eilish 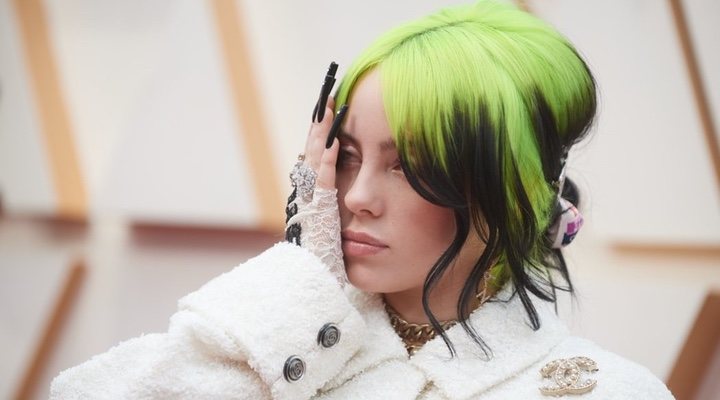 As the gala wore on and the musical numbers kept coming thick and fast, the question on everyone's mind was this: when is Billie Eilish going to take to the stage? The young Emmy award winner for Album of the Year was in charge of the musical accompaniment to In Memoriam where the Academy took advantage of the ceremony to pay tribute to legendary performers such as Kirk Douglas and Doris Day whilst a stripped-down version of 'Yesterday' played in the background. In a notable change from the super-produced tracks of her album, Eilish chose to perform with a piano played by her brother and songwriter Finneas O'Connell as her backing track. Her composure and sophisticated performance bodes well for the upcoming release of her James Bond theme which, as shared by the artist herself on the red carpet, is already complete. 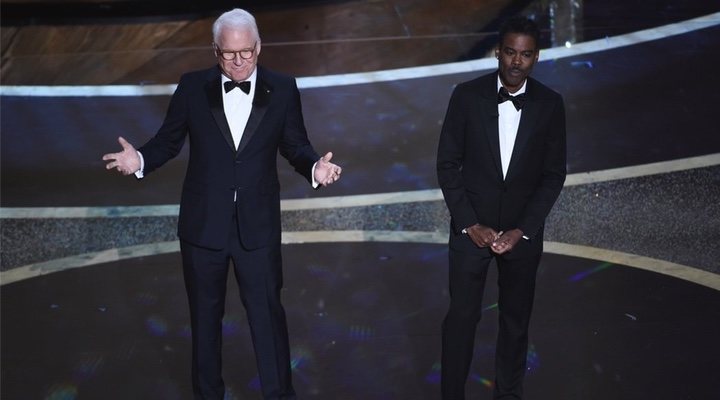 Strangely, the speeches given by the presenters of the various awards turned out to be more enjoyable and impactful than those delivered by the winners themselves. Julia Louis-Dreyfus and Will Ferrell made lighthearted fun of the cinematographers, reducing their jobs to knocking on dressing room doors, driving golf carts around sets and deleting their best lines (according to the 'Elf' actor, 'Le Mans '66' was originally titled 'Ford v Ferrari v Ferrell'). Maya Rudolph and Kristen Wiig also demonstrated their hosting credentials should the Academy Awards choose to go back to the days of presenters, effortlessly spewing charisma and clever one-liners as they criticised the machismo that many Hollywood actresses encounter in Hollywood and even going so far as to burst into a musical number that was equal parts hilarious and well-harmonised. Steve Martin and Chris Rock performed the opening monologue traditional left to the gala's host, who shone with a repertoire of jokes that walked the fine line between being genuinely funny and socially conscious. Of all of these monologues, however, one of the highlights - if not the outright best - was James Corden and Rebel Wilson. The two took to the stage dressed as their characters from the ill-fated 'Cats' to present the award for Best Visual Effects, quipping: "As cast members of the movie 'Cats', nobody more than us understands the need for good visual effects". 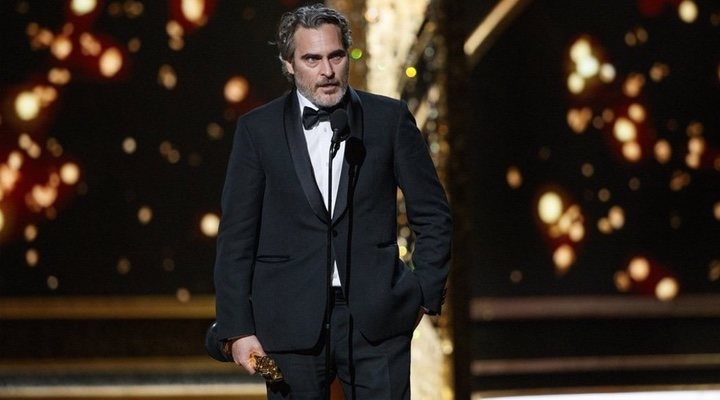 The lead actor of 'Joker' had his work cut out for him in crafting a stellar speech after having to give so many during his fruitful awards season. One of the topics Phoenix had not covered before, however, and thus chose to take on at the Oscars was that of the daily lifestyle habits of Hollywood celebrities. After winning the award for Best Actor, Phoenix criticised how the bubble created by Hollywood can isolate its people from the world beyond and desensitise them to the environmental impact that their actions have on wildlife and livestock such as cows. After this impassioned appeal, Phoenix briefly mentioned his late brother River Phoenix, tearfully quoting a line from a song penned by the actor about the importance of love and peace.

8 The First Female Orchestral Director at the Oscars 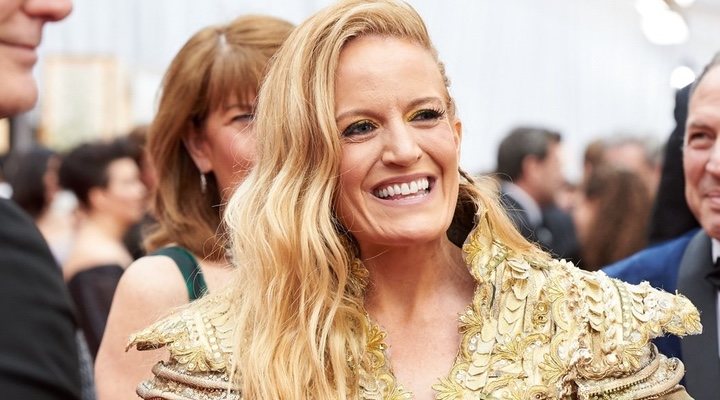 The composer of the 'Joker' soundtrack became the third woman to ever win in their respective category at the Oscars at last night's gala. History was made, however, in presenting this award, with an orchestra taking to the stage to perform music by the five nominees conducted by the inimitable EĂ­mear Noone. In what is a historic milestone for the Oscars, the Irish composer with credits to her name such as 'The Legend of Zelda' and 'World Of Warcraft' became the first woman to direct the orchestra at the Oscars, pouring her heart and soul into what was one of the stand-out musical moments of the night. 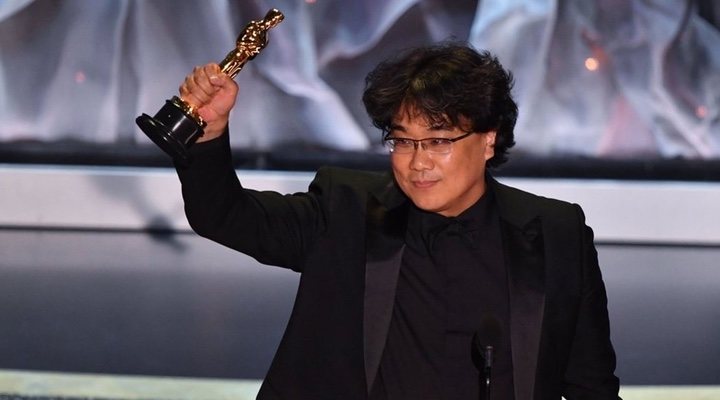 After the winning streak of Alfonso CuarĂłn and Alejando G. IĂ±Ăˇrritu, it seems as though it's no longer enough to just shoot your film as a single sequence if you want to take home the Academy Award for Best Director. Bong Joon-ho beat out the favourite in the category, Sam Mendes, as well as living legends Martin Scorsese and Quentin Tarantino when he won the much-coveted Oscar last night. It was to these filmmakers, however, that the 'Parasite' director dedicated his award to, stating that it was through their works that he grew to love cinema and the process of creating it. His admiring words were also supported by the entirety of the Dolby Theatre getting to their feet to applaud 'The Irishman', giving it the recognition that the Academy had failed to throughout the ceremony. 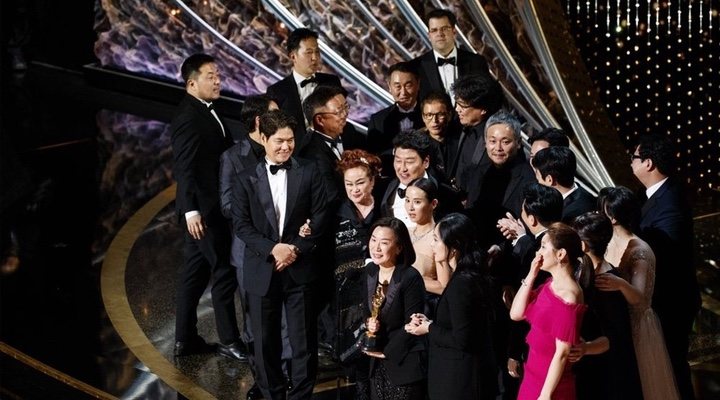 Before it even hit its winning streak, 'Parasite' had already made history as the first film to win in the recently renamed Best International Feature Film category (previously known as Best Foreign Language Film). However, this was not the only category where 'Parasite' seemed set to earn the recognition it deserved, and after winning both Best Director and Best Original Script, we were waiting on the edge of our seats to see whether the film would also triumph in the ultimate category of the night. Jane Fonda was in charge of bestowing the grand accolade of Best Film to the South Korean team, making 'Parasite' the first non-English language film to win the Oscar in that category. The audience couldn't hide their astonished yet delighted faces as the reality of this historically significant victory sunk in, with the reactions such that eventually the meticulously detailed schedule of the ceremony had to step in and wrap things up. After a brief speech from one of the producers, the lights and microphone were cut off due to the team exceeding the time limit allotted to each winner. After the audience saw that many of the cast and crew still had something to say, however, renowned actors such as Charlize Theron began to lobby for the theatre to turn the microphone back on and give 'Parasite' its hard-earned moment of glory. And so they did, in what was the perfect end to the night for 'Parasite', which was the night's big winner with four Oscars to its name.